Construction of the Western Harbour Tunnel will begin within months after a $722 million contract was awarded to deliver the first stage of tunnelling.

Premier Dominic Perrottet said the joint venture between John Holland and CPB will build about 1.7 kilometres of tunnels from Rozelle to Birchgrove.

“This is a critical milestone which will support hundreds of jobs and ensure significant benefits for drivers, including improved travel times and reduced congestion,” Mr Perrottet said.

“The tunnel will not only revolutionise how we get around Sydney but also take the pressure off other major roads including the Sydney Harbour Bridge, Sydney Harbour Tunnel, Anzac Bridge and Western Distributor.”

The Western Harbour Tunnel will link WestConnex at Rozelle with the Warringah Freeway at North Sydney via 6.5-kilometre tunnels under Sydney Harbour, with three lanes in each direction.

Minister for Metropolitan Roads Natalie Ward said the new tunnel is part of a major infrastructure boost to expand our motorways and serve our growing city.

“We all want to have the quickest and smoothest journey possible and this terrific project will slash travel times from one side of the harbour to the other,” Mrs Ward said.

“You’ll save up to 20 minutes in a journey from Sydney Olympic Park to North Sydney and up to 15 minutes from North Sydney to the airport at Mascot.”

It’s estimated the new tunnel will reduce traffic on the Western Distributor by 35 per cent, Harbour Tunnel by 20 per cent and Harbour Bridge by 17 per cent.

Member for North Shore Felicity Wilson said that early works, including geotechnical investigations into the detailed tunnel design, will start this month.

“Major construction will begin in the middle of this year and I know drivers can’t wait to reap the rewards of this much-needed additional harbour crossing,” Ms Wilson said.

John Holland and CPB are currently delivering the Rozelle interchange as part of WestConnex, with the new Western Harbour Tunnel contract ensuring a seamless continuation of tunnelling work already underway. 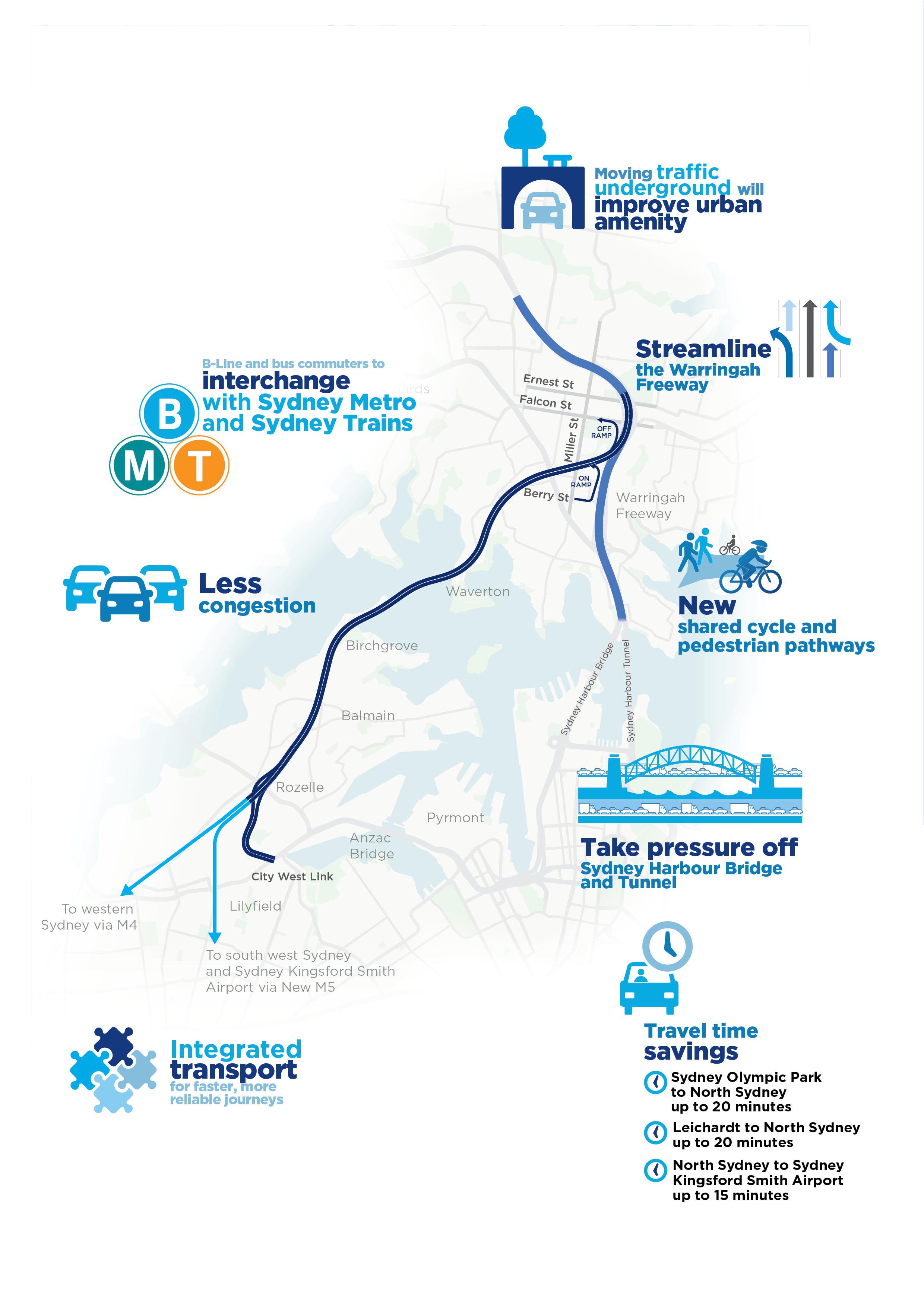 Vivid Sydney is back!! And excitingly Wild Lights..

In the lead up to new consent laws..

This is a very disappointing decision by North..

I recently had the pleasure of joining with..

There’s no better way to start the morning..