Speech to the Smart Energy Conference and Exhibition 2022

I begin by acknowledging the traditional owners of the land and pay my respects to their Elders, past, present and emerging.

Thank you for the invitation to speak at your Conference. I want to pass on the Treasurer's response as well. The invitation went to the Treasurer, Minister for Energy Matt Kean and he sent me along in his stead because he has so much respect for this organisation, industry and sector, and the work that is being done.

The Smart Energy Council is a powerful voice in the public policy arena as we undertake the transformational task of tackling climate change.

The environmental case has always been clear.

We are unfortunately witnessing the long-standing forecasts of climate scientists about the prevalence of extreme weather events come true.

The floods that have ravaged vast swathes of northern NSW, parts of Sydney and elsewhere are taking a distressing toll.

Lives have been lost, and businesses and homes destroyed.

These floods come little more than two years after the worst bushfires this state has ever seen.

So science and logic demands that we do all we can to protect our citizens from the environmental effects of climate change.

But the economic case is just as compelling.

The fact is, we can enhance our environment, our way of life and our prosperity by acting on climate change.

That is exactly what we are doing in New South Wales.

The current transformation occurring in the national electricity market is the fastest change to the electricity system in over 30 years.

As we navigate that, we need to ensure we have measures in place to keep the system secure, reliable and affordable.

The NSW Electricity Infrastructure Roadmap is our 20-year plan to deliver the generation, storage, firming and transmission infrastructure we need to power our state into the future.

It is driving private investment to meet our goal of creating at least 12 gigawatts of renewable energy generation and two gigawatts of long duration storage by 2030.

It will help replace the generation capacity produced by the State’s existing fleet of coal-fired generation plants, of which four out of five are forecast to close in the next 10 to 15 years.

Forecasts show it could leave NSW heavy industry electricity prices in the lowest 10 percent of the OECD by 2030.

And of course, it will help New South Wales meet the clear emission reduction targets we have set, including net zero by 2050.

Renewable energy zones are central to the creation of the contemporary energy grid our climate deserves and our economy needs.

They are modern day power stations which combine renewable energy generation, storage such as batteries and the transmission networks to reach homes, business and industries.

They are acting as a magnet for mammoth investment.

Let me cite some examples from the process of seeking registrations of interest we’ve commenced in four of the five renewable energy zones.

In February, we announced the results of our Registration of Interest in the Hunter-Central Coast Renewable Energy Zone.

The response from industry illustrates our efforts to ensure the future reliability of the State’s electricity system is paying dividends.

As at March 2022, over 2200 megawatt hours of battery storage has received planning approval or is under construction. There are a further 13 battery projects seeking NSW planning approval.

As at April 2022, 179 distinct projects that will drive 30,800 megawatts of large scale renewable energy projects are either approved or progressing through the NSW planning system.

They total 6300 megawatts of generation and over 5000 megawatt hours of battery storage.

If they proceed, that equals enough dispatchable energy to power more than 372,000 homes for an hour – or 14 percent of Sydney’s population.

We have a suite of policy tools in place to support the shift to reliable, affordable, dispatchable energy storage.

The Transmission Acceleration Facility is one.

It will fast track the delivery of critical transmission infrastructure to connect new sources of generation.

The first investment under the facility will be the procurement of the Waratah Super Battery.

It is a 700 megawatt grid battery that helps unlock grid capacity and allow Sydney, Newcastle and Wollongong to access more existing generation.

Pumped hydro will be an important part of the mix too.

Snowy 2.0 is a headline example of that.

It will add 2000 megawatts of electricity generation capacity and about 350,000 megawatt hours of energy storage.

Best of all, it puts downward pressure on prices and will underpin new wind and solar projects by providing firming.

10 new wind and solar projects are being supported by offtake agreements with Snowy Hydro for more than 1000 megawatts.

The New South Wales Hydrogen Strategy will help attract over $80 billion of investment to 2050.

It will also drive deep decarbonisation and position our state as a clean energy and economic superpower.

A flagship initiative of our Strategy is the development of hydrogen hubs in the Hunter and Illawarra.

These regions have the labour, skills, infrastructure and nous to anchor our work on hydrogen.

We recently sought expressions of interest for participation in the hubs.

The response was overwhelming – with 21 project applications constituting $4 billion worth of investment achieved.

The production potential is almost 268,000 tonnes of hydrogen per year and up to six gigawatts of electrolyser capacity.

It is a clear trend.

Every time we go to market, the response is positive.

Our network transformation is on track.

We are poised to prosper in a decarbonised economy.

And I look forward to working with you as we progress our endeavours. 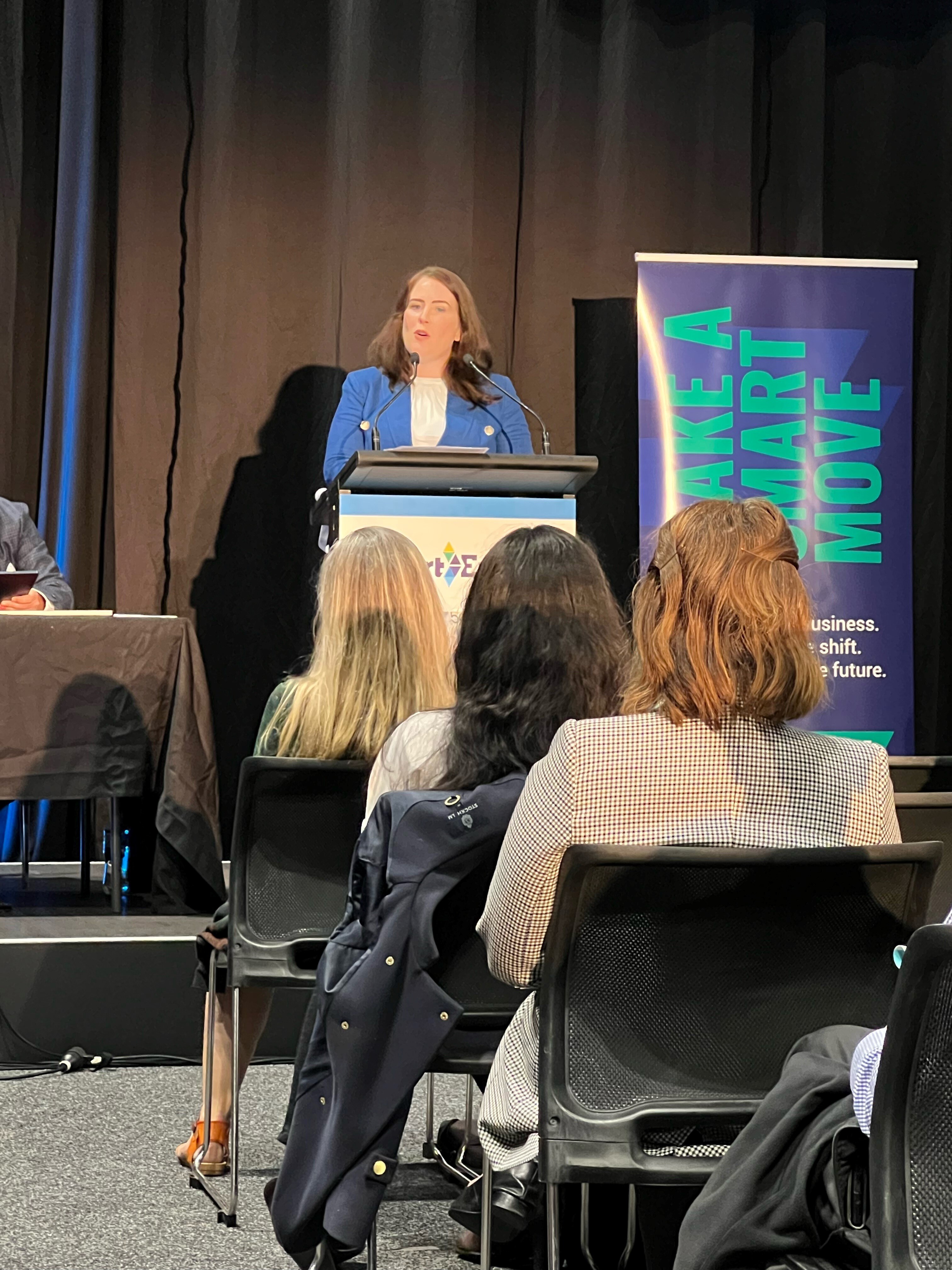 Securing a brighter future for NSW

NAIDOC Week is a time where we acknowledge..

Stay safe by keeping up-to-date on the latest..

I hope everyone is managing to deal with..

Addressing the Committee for Economic Development of Australia..

Spending some time in Wagga Wagga meeting with..

DON'T FORGET that this Thursday is the last..